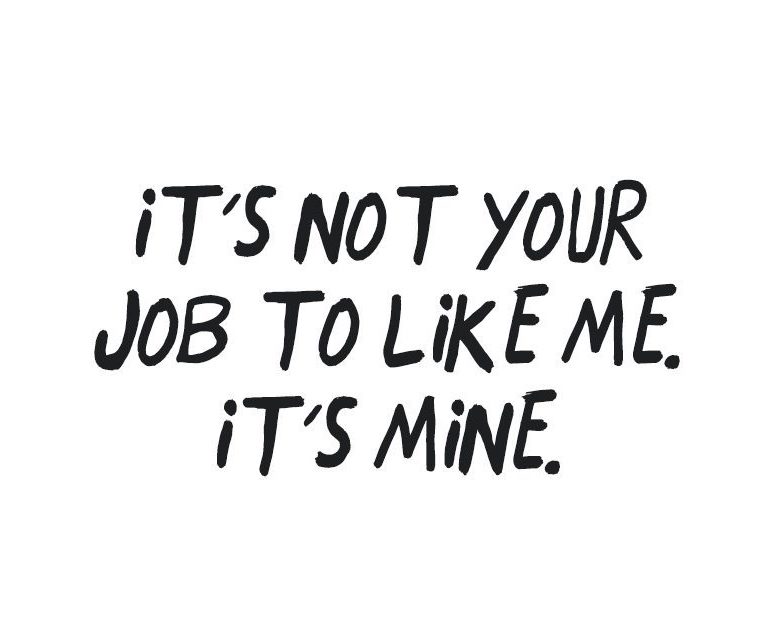 I haven’t written a post in a while, and I think it has a lot to do with this whole self-discovery kick I’ve been on. I created this blog to talk about dating. My struggles to find a genuine man. My mishaps and adventures in romance. I created this platform because dating WAS my focus. My dream. My goal. I think finding true love was my mission, but now, it isn’t. I am not focused on finding love in anyone but myself, and I think that is why all of sudden this blog has gone unexpectedly quiet.

There are other reasons as well. Unfortunately, about a month ago my grandma passed away and I don’t believe a part of myself has registered that. I still think come holidays we will spend it with her like we’ve done every year of my life. I can’t imagine a Thanksgiving or Christmas without her love and sass.

But also, I just simply haven’t been going on any dates. Ever since my Australia mishap I’ve only kinda pursued one person who just ended up becoming a fuck buddy and nothing more.

I got a new job, which is awesome and fun and puts more money in my bank account than I have seen in a while. So now I spend a majority of my time working on publishing my first poetry book and working at my new restaurant. I hardly ever go out and drink because I am so exhausted at the end of my work days. I know I am probably making myself sound super boring, but I promise you going through a phase like this is so beneficial. I get to step back and see what I want and who I am, and currently, I have reevaluated what my new dream might be. Because if it’s not finding love, what is it?

Don’t get me wrong, I am still dating, but only when I want to. I’m not rearranging previous plans, deterring from my routine, or making huge sacrifices for people who haven’t earned that type of respect yet. I used to give my time to others so freely and stealing it from myself but I am no longer doing that. And you know what I have found? It makes men angry.

I have been verbally attacked TWICE within the past week for turning down dates or not changing my plans to accommodate someone when they wanted me to. I’m not in a place in my life anymore where I just drop everything at the chance of love or romance. I used to. I would ditch friends, rearrange my schedule, and even cancel previous plans just to make a date work. I would sacrifice myself before people even deserved it, and I am just not willing to do that anymore.

I went out with this guy named Nick and we hit it off well. He was cute, easy to talk to, and we ended up getting breakfast at midnight. And although I had fun, I was in no rush to see him again. I didn’t feel inclined to rearrange any of my set week plans to make a second date. Maybe some of you could say it’s because I didn’t like him, but am I supposed to know that after a couple hours of hanging out?

The next day I spent the 4th of July on the beach with my friends. Some of them brought potential love interests and others were pining and waiting for someone to magically show up, but for the first time, I was content being single on a holiday. I didn’t need anyone there because I was just so happy to be with my friends. Nick, however, text me asking to hang out and when I declined, he began to get needy and aggressive saying I must just not be that interested.

As the week progressed he got more upset when I didn’t rush the second date and then basically went on this rant about how if I was interested I would text back more frequently blah blah blah.

Why do people just assume you will drop everything for them when they barely know you and you barely know them?

Another guy named Alexander, whom I’ve never met with but talked via Instagram and texting, went off on me when I told him I was busy the day he asked me to lunch. He went on this tangent about how he’s well traveled, not poor, and blah blah blah. Why in the hell did he think that mattered to me? Of course, those are good traits to be culturally conscious and have finances in order, but if you aren’t humble or respectful why would I want you?

When I told him I wasn’t the type of person to just drop what I already have planned for someone else because THEY are available he called me arrogant, rude, and misleading. I have NEVER even met this guy and he was already making assumptions about my personality because I respectfully told him I was spending time with my family. I just don’t understand why people feel so entitled to things they haven’t earned. Maybe we now live in a society where people expect to get whatever they want. Is that the American Dream?

I’m not opposed to dating. I won’t run from love if it found me. But truth be told, I don’t want it to. I don’t want love right now because I don’t really know yet what it is I NEED right now. Therapy these past months have helped me get over Aidon and Australia. That experience broke me in a million different ways and try putting something back together that you never knew could break. PSA: Therapy is wonderful, but find yourself a therapist who will challenge you and force you to grow. I don’t know where I would be if I didn’t have someone to talk to and get me through all of this. She helped me discover a love for myself in more ways than I can count. Self-growth is fucking hard, and now I realize why so few people do it. It’s hard to accept areas in your life that need work because we live in a society that teaches us we have to be perfect. We live in a world of people who would rather stay in shit situations because they’re afraid to be alone. And you’re right being alone is scary, because you realize you have so much power, and that is terrifying to a world that wants you to have none.